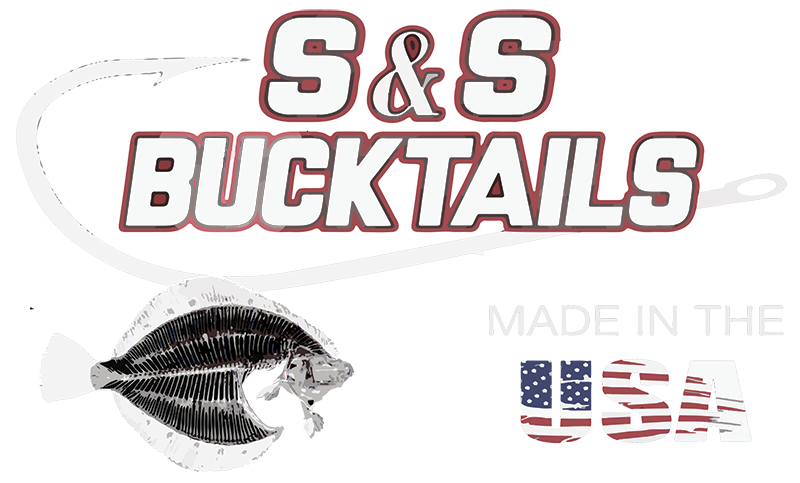 Bernie Hoyt (a.k.a.Bernie Bass),Bernie Hoyt is a NY State Certified Fishing Guide who specializes in surf fishing with over 30 years of experience. Bernie is a native Long Islander who was introduced to surf fishing by his father at a young age along the beaches of Fire Island. Today he continues to fish those beaches of Long Island; including the “mecca” Montauk, NY.

He offers trips for all ages and skill levels. When not fishing the Long Island Outer Beaches and inlets; he conducts trips to Cape Cod Canal, Cuttyhunk, and other striper coast locations. He delivers informative seminars throughout the off season in hopes of assisting and improving anglers’ strategies and techniques; to spark a flame in people, especially the younger generation that may be interested in learning about the sport; and to inform anglers about “Catch and Release” and its relevance to the sport. “I believe what makes me unique is my experience of becoming an angler at such a young age and my ability to get people of all ages excited about the sport of fishing. Bernie brings a wealth of knowledge and experience in the sport of surfcasting. Among his many strengths are the flexibility and experience to fish under various conditions and the willingness to learn and develop new strategies to be more successful.

He currently writes a monthly article on surf fishing for IBASS360.COM. He is a team member for S&S Bucktails, ODM RODS, KASTKING, GOIN’EAST AND IBASS360. He is also a long time member of the Long Island Beach Buggy Association and The Montauk Surfcasters Association. John Skinner is the author of the books Fishing for Summer Flounder, Striper Pursuit, Fishing the Bucktail, and A Season on the Edge, and a contributing writer to the book The Hunt for Big Stripers. He was the long-time Surf Fishing Columnist and former Editor-in-Chief of Nor’east Saltwater Magazine. He has written many articles for Nor’east Saltwater, On the Water, and The Surfcaster’s Journal. His videos on the John Skinner Fishing YouTube Channel are known to anglers worldwide. He is the creator of the fishing log software, FishersLog. Skinner is a frequent speaker at outdoor shows and has a well-earned reputation as a consistent producer of trophy striped bass. He holds the current New York State false albacore record. When not plying the beaches, he can often be found fishing from his kayak, or Scuba diving in Long Island Sound. Northeast Surfcasters was founded in 2017 by four avid Surfcasters who have become more like brothers. As we are sure other Northeast anglers can relate, the bond and love created by this sport supersedes any other. To most, this bond & love we speak of is unexplainable and actually thought of by others as insanity! But if you’re like one of us that lives for that perfect tide, first light blitz, that nor’easter rolling up the coast, or just the chance that you could catch the fish of a life time, then you know exactly what we’re talking about!
The four of us grew up fishing the north as well as the south shores of Massachusetts. From a young age all of us have been 100% obsessed with surfcasting and the addiction has only intensified with age! We fish from New Jersey to Maine throughout the season but our primary areas are Cape Cod as well as Plum Island and the southern New Hampshire coast. We mainly target striped bass, gator blue fish and of course Albies.
We pride ourselves on practicing and spreading proper etiquette, respect and doing everything possible to help sustain the striped bass fishery as well as all other local game fish. While we respect the angler, who harvests a legal fish from time to time, we’re 100% catch and release. We urge all anglers to do the same at least in regards to larger breeder class fish! Good luck to all of you this season and hopefully we run into some of you on the water!Instagram: northeastsurfcasters
Facebook: Northeast Surfcasters
Web: northeastsurfcasters.com Zachary Frankel is an avid angler who has been fishing since he could hold a rod. He has caught almost everything New Jersey waters have to offer from fluke all the way to tuna. He has grown up fishing for fluke, in Shark River, almost everyday during the season. He has been tuna fishing since he was 8 and does multiple trips every year. For the last two seasons (going on three) he has run an 18ft Maycraft called the “Fluke Aholic”. He uses his boat to target all of New Jerseys inshore species, especially doormat fluke. But New Jersey is not the only place he goes fishing. He often fishes down in Florida and Costa Rica for a couple of weeks out of the year. My name is Chris Johnstone. I have been fishing for what seems my whole life. Started in freshwater as a kid for bass and trout. As I got older,I started to fish the salt,less and less, I fished fresh and then I stopped fishing fresh when I lost all my gear form Sandy. I started kayak fishing 8 years ago and won’t fish any other way. It’s hard to explain but the easiest way is you are one with the water. I catch a lot of slack from people about it, but I can experience things you can’t in a boat or from land. Hooking a big blue that pulls you in circles or a big bass that takes you for a ride. Fluke fishing has always been my favorite to fish for. I found S&S Bucktails about 6 years ago, after trying several different brands and haven’t looked back since. Jig of choice is the

S&S Bigeye Series, tightlines and you see on the water. Kevin Lorenz is an avid fisherman from the Toms River area. He targets all of the local species from white perch to tuna, His and bread butter is back bay and surf fishing for striped bass and fluke. He finishes Montauk and Alaska at least once a year and does multiple road trips when there are none locally. When on a boat, he mainly runs out of Manasquan inlet along with Barnegat Bay.
Instagram:K_LO_Connection Capt.Brett Taylor is a licensed USCG Captain who has been avidly fishing the Barnegat Bay and surrounding ocean waters since he was a teenager. His specialty and favorite type of fishing is putting clients on doormat summer flounder/fluke and trophy striped bass. Capt.Brett played an integral part in the research and development of the S&S Bucktails “Bigeye Series” bucktail. In addition to working as a professional fishing guide, Capt.Brett has given over 20 seminars and published over 25 fishing articles for On the Water and The Fisherman magazine and technical articles.
He is a member of Outdoor Writers Association of America(OWAA) and has appeared on numerous occasions as a guest on 97.3fm ESPN. “Rack and Fin Show” He is a certified Hooked on Fishing Not on Drugs (HOFNOD) instructor and teaches high school chemistry.When Capt.Brett is not fishing, he enjoys quality time with hos wife Jen and his son Luke. IGFA Captain Jerry Sparks, with his extensive knowledge and passion for Striped Bass fishing, can accommodate all anglers from beginners to the more advanced while providing them with new techniques and all the necessary equipment to create the best boat or kayaking fishing experience.

Captain Sparks has been a tournament angler and fishing guide for over 20 years.. He is an expert in inshore boat and kayak fishing techniques, and is a frequent speaker at fishing seminars and expos along the East Coast, and had been referenced many times by the fishing and paddle sports media.  He is also on the pro staff for many of the leading bands in the industry, including SCOTTY, BENDING BRANCHES,, AFTCO , NRS, DOA LURES, EDDYLINE KAYAKS, S & S BUCKTAILS, SOFT SCIENCE SHOES I’ve been fishing since I was a baby, grew up fishing the Long Island Sound ,Smithtown Bay and surrounding areas for fluke and flounder. I also grew up fishing out of the Hampton Bays such as Tiana Bay and Shinnecock. I started working on party boats out of Captree at 17yrs. old, worked for the Viking fleet for one summer and worked for Hampton Lady last summer. Fluke and Seabass have always been my main target species but the last 5 years I have gotten into togging, I have done a little offshore fishing and some sharking but determined to do a lot more this summer. I’m currently working with NYangler.com, dealing with customer relations while also attending nursing school. Phillip Tumminia AKA #famousphillyfish Now 11 years old,I have been fishing with my Dad since the age of 2. I am the mate on our personal boat, fishing for bass, fluke and blackfish. I have a few trips to the edge under my belt. I’, the first Jr. member in the Staten Island Fishing Club. I
was on Fin chasers tx trying to get a small fry record bluefish. I drive our family boat when we throw a net for bait. Dad’s friends nicknamed me
#famousphillyfish.I really enjoy fishing and catching big fish . I recently have been put on pro staff teams for some well known companies who
follow #Famousphillyfish. I’m very excited to be part of S&S Bucktails as Stanley was the first to put me on a pro staff team a year ago and I have
looked back…
Always looking to learn more , soon I’ll be taking my Dad out !!! Keep ReelingFollow me at #famousphillyfish My name is Scott Thomas and I’ve been fishing my entire life. I was a dead stick guy until I heard about bucktailing for stripers. After quite a few outings of getting skunked, I met some guys who knew what they were doing and I watched and learned. I started kayak fishing about five years ago, and now avidly fish from my kayak, the surf, and sod banks. I’m a huge fan of taking out of state kayak trips to target species in new waters, but stripers, fluke, and tog will always be my target of choice. I’m a huge believer of passing on what knowledge I have, especially to the younger generations. I’ll see you in the suds. 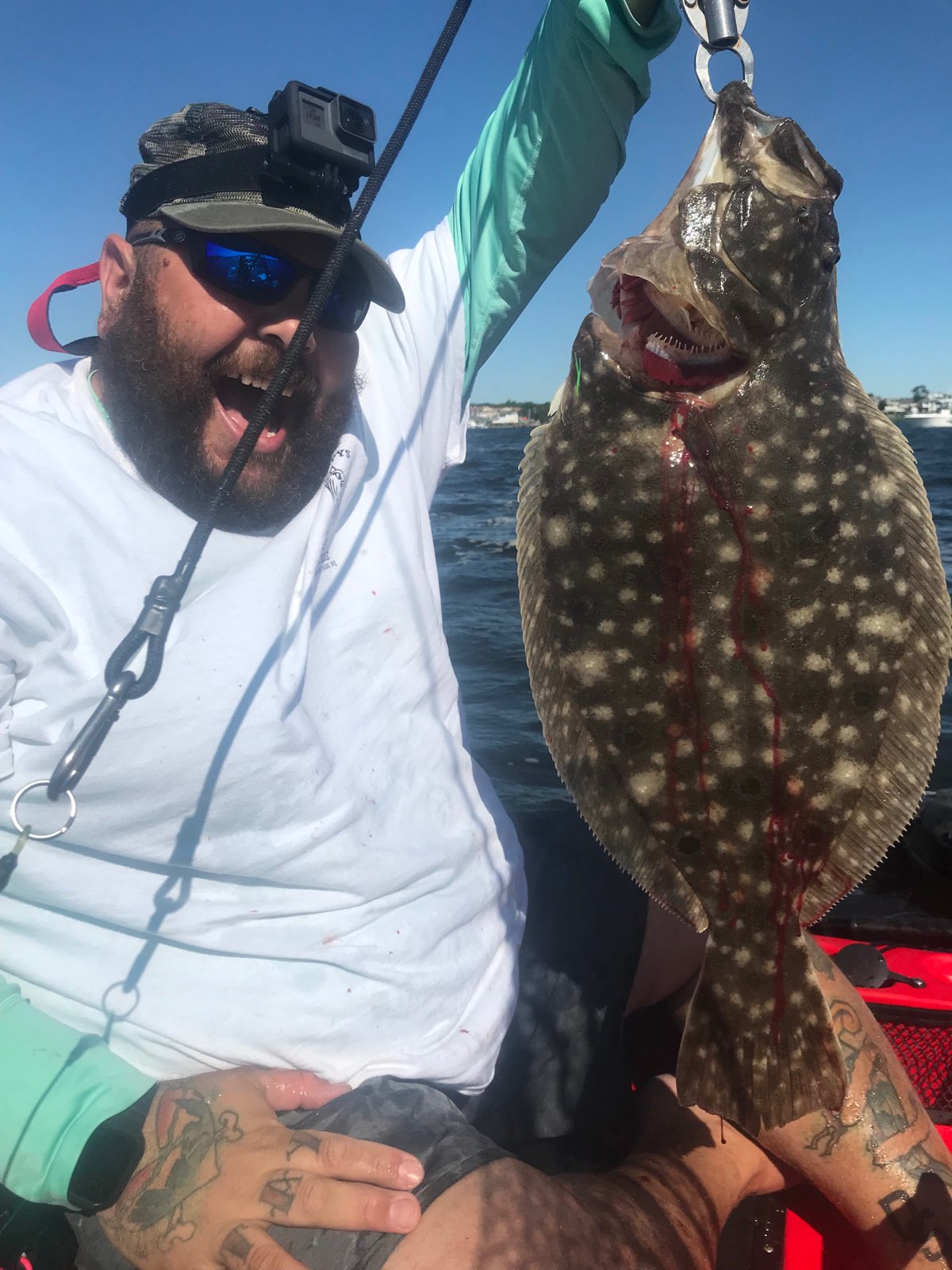 I started fishing at about the age 9. About ten years ago, I started fishing the back bays of south jersey. In due time, I became a specialist at catching fluke and blackfish. Now you can catch me fishing both the bays and shores around Atlantic City. My boat runs out of Brigantine and I also fish the surf and the jetties. I was also a guest speaker for the 2019 Salt Water Sportsman National Seminar. I am currently studying to get my captain’s license. Capt. Savio Mizzi who serves as The Fisherman’s staff artist has been practicing art since his days as a youth on the island of Gozo in Malta. There he also developed a love for fishing, though in that part of the world, most of his fishing was done with handlines. In 1974 at age 18, he and his family came to the United States and settled in Queens. 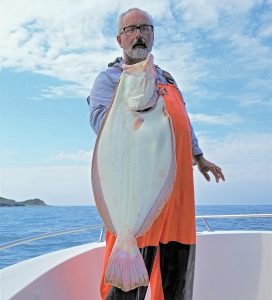 The Miss Rose is a 6-pack charter bot running out of Southold NY located on the North Fork of along Island. The Miss Rose is run by two lifelong friends Capt. Zac and Capt. Craig who have fished recreationally, commercially and for hire together for many years. The Miss Rose runs charters for anything from scup to sharks however specializes in light tackle fishing for species such as fluke, black seabass, striped bass and tautog. Both captains have been feature in numerous magazines over the years such as The Fisherman, Noreast Saltwater and On the Water Magazine to name a few. The crew can be found on the water for most of the year almost daily!
Contact InformationCaptain Zac Auer: 631-603-2111 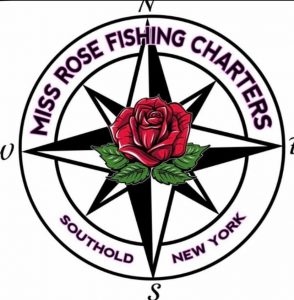 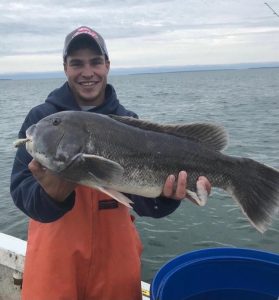 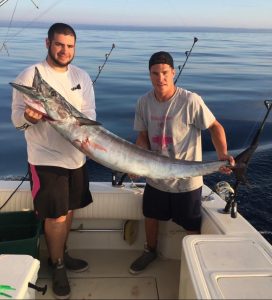 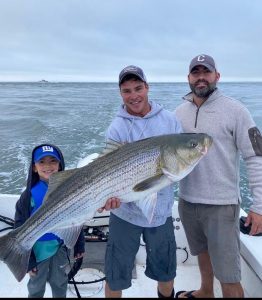